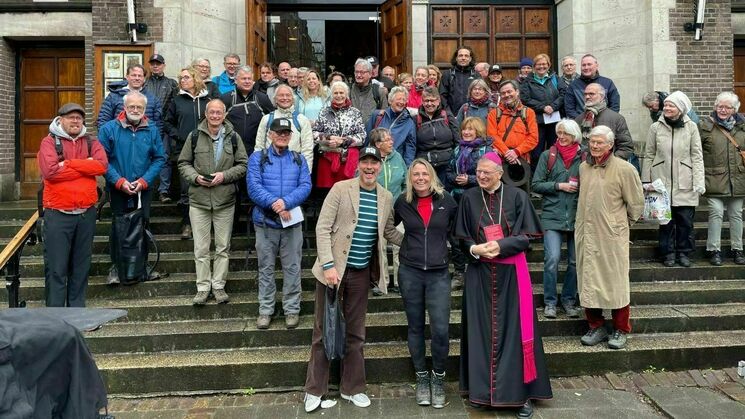 The first leg of the pilgrimage is a fact

What a special start to the pilgrimage. In the morning the alarm went off early and the party started. The last things were loaded into the bus and off we went, on our way to the Obrechtkerk in Amsterdam. The church where our hiking adventure begins. The church where Uncle Frans went with his parents and brothers and sisters when he was young, and our hiking adventure begins. 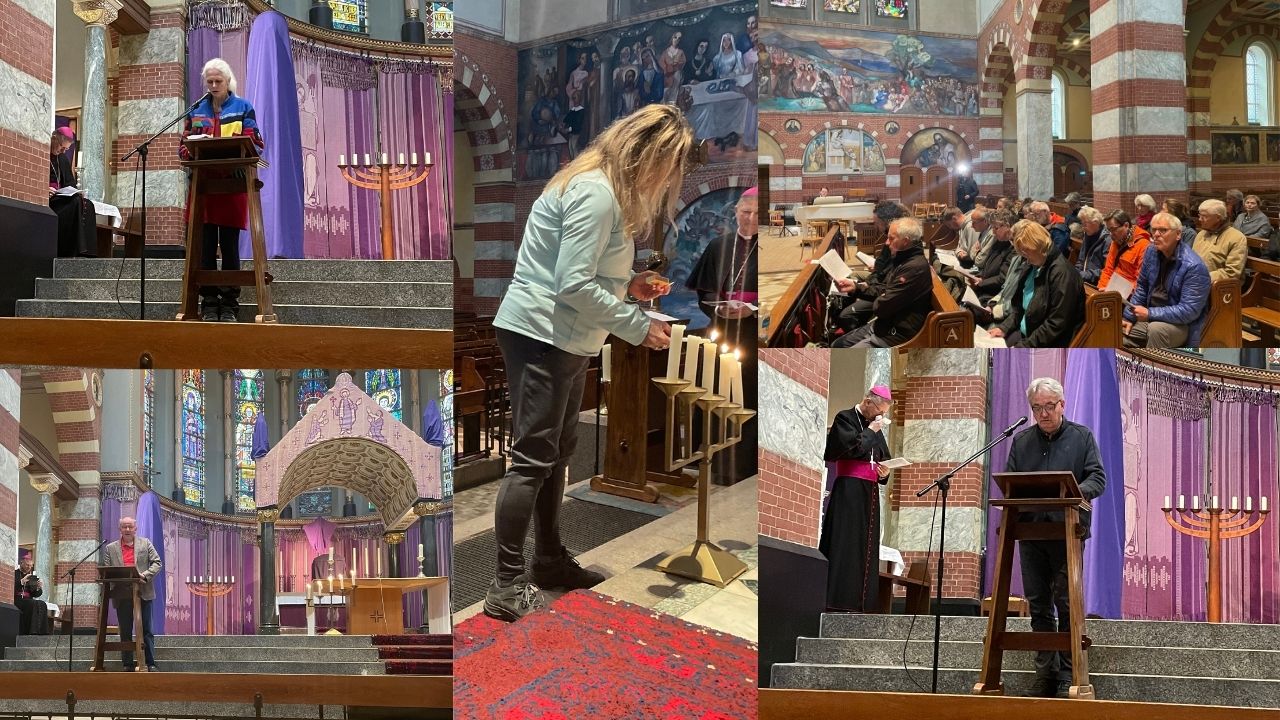 The church prepared Roderick and I for all participants. I did the recordings for AT5 and NH Nieuws and I received the journalist from Trouw. Soon after, the first participants arrived. I was soon able to let go of the checklists, because everyone wanted to have a chat. Very understandable. Only I had the task of letting in over 70 men in 30 minutes. Handing out prayer booklets, selling books and handing out keepsakes. At 9 a.m. sharp, Bishop Henriks began the prayer service, so I ran from the entrance to my seat. What a nice bishop he is. After his opening it was my turn. Soon I saw a finger go up in the air. It turned out that I could not be understood. I went gray for a while because I had no idea what to do. Soon I was rescued and I could start again. No problem, the second time is always better. After that I only heard nice words from the bishop, Conny and Geert. My father also spoke with pride and love about Uncle Frans and the songs 'Rollercoaster' by Danny Vera and 'After the storm' by Mumford and Sons sounded beautiful from the mouth of Mark Beumer. After the prayer service we all walked outside for a group photo and off we went, in the rain, towards De Hoef. Many people walked with us the first leg including some of my cousins, just a family reunion.

The first steps have been taken 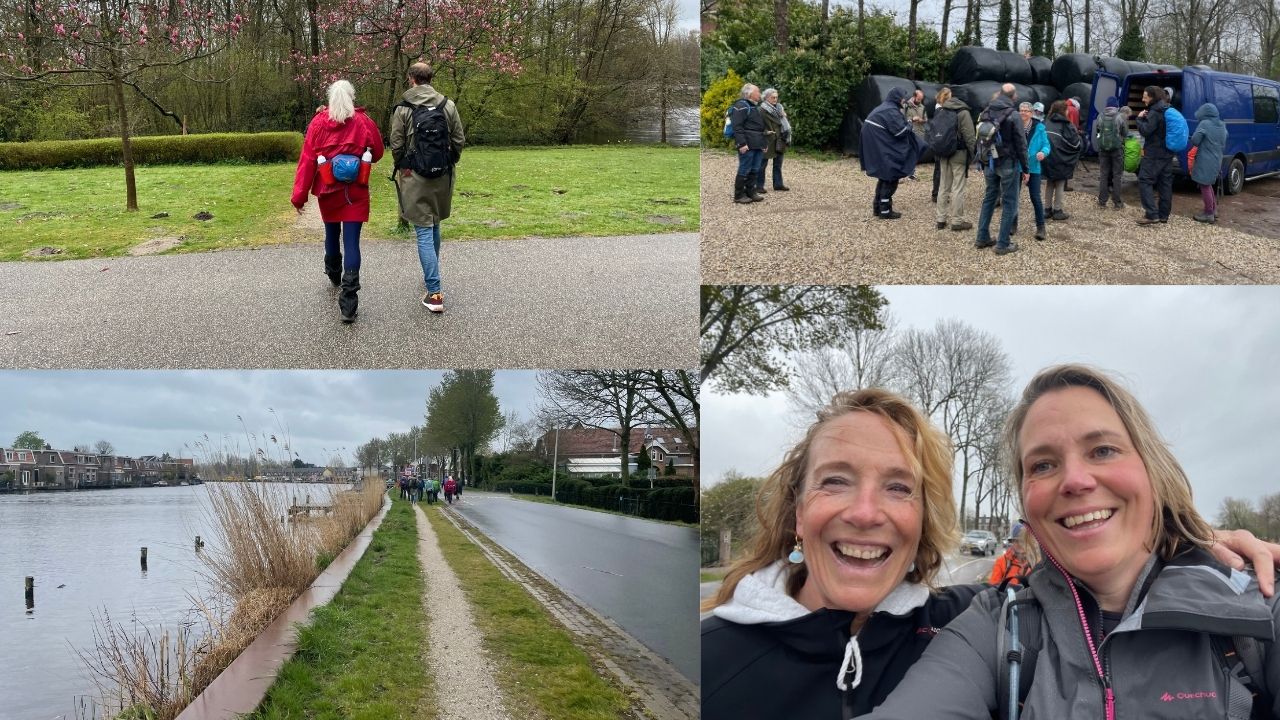 Of all the impressions I had completely forgotten to turn on my Strava, but I soon let that idea go. Because I walked quite behind because I wanted to say goodbye to everyone at the church, I was able to see the procession of pilgrims along the Amstel. It remains a joy to see how everyone always walks with someone else to look for the connection with each other and every now and then chooses to walk alone. After all, that broadens the mind. 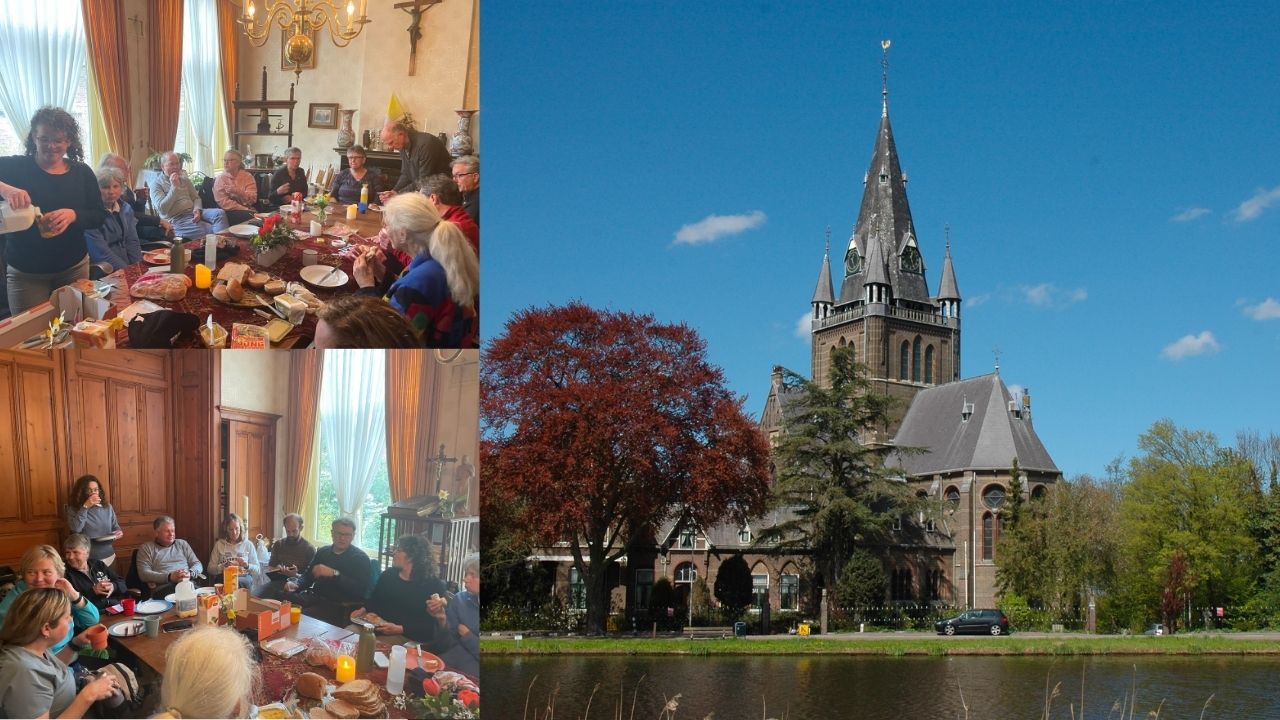 Along the way I selected three resting points. I deliberately chose these for the distances, so that we can refuel approximately every eight kilometers. For example, before lunch I asked the Urbanus parish Nes aan de Amstel if we could at least set up our lunch spot at the St. Urbanuskerk. That was allowed if the people from Ukraine, who would receive them, would already be there. On arrival this turned out not to be the case and we were received as a surprise in the rectory. I was one of the last to enter the room and my cousin Godfried already called out to me: "Look Claire, there on the wall!". I turned around and looked straight at a photo with the nameplate below it: Theodorus van der Lugt. I thought how funny, could this be family? My cousin saw that the penny did not drop with me and asked if I had not deliberately chosen this church because he was our grandfather's brother. I think my chin was just a little off my ankles in surprise, because I really didn't know this. So you see, everything comes your way when it has to be.

One beautiful conversation after another comes my way. I think it's so special that everyone is so open and honest with me. It is also a value that I have very high in my life, so that is why I appreciate this extra. I am an open book myself. I tell everything because why should I have secrets. This is probably also the reason why I have mainly enjoyed organizing this pilgrimage for months. I surround myself by people who 'are' each other out of love and that while we are all true to ourselves. At least this is the impression I get and that's what I think life is all about.

Once we arrive at De Hoef, we say goodbye to the participants who will walk with us on the first (and last) stage. Cilia ter Horst, the translator of the book "Wie ben jij, o liefde?" of my uncle, we managed to inspire us to join the last stage as well. Another nice confirmation of the goal of this pilgrimage, connecting people. Roderick brings everyone back to Amsterdam and I take the bus and the pilgrims to our hotel in Bodegraven, G8 Hotel. Here we are received wonderfully, also by SMC de Bron who comes to take care of the first of the group at the feet. After the meal everyone goes their own way and we do the dishes. After that I will write this blog at the reception. Nita and Roderick are also here and we are amazed at the amount of young people who keep walking by. Once it becomes clear that the hotel also serves as a shelter for young refugees, including from Syria. Coincidence really does exist…