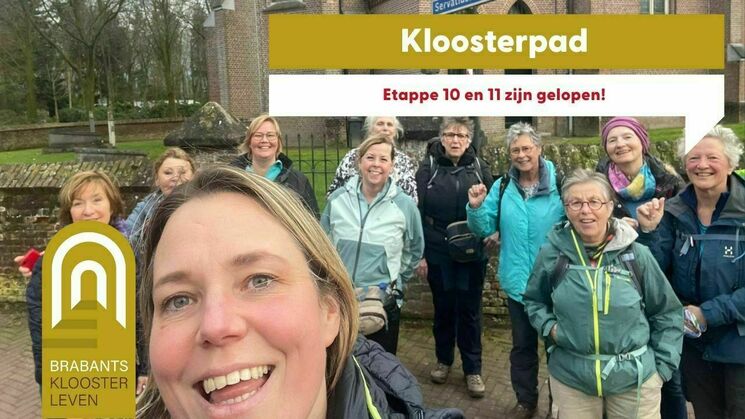 We can train together again!

The measures allow you to train together again. So last Saturday we went out together again, from Eindhoven to Vessem and then on to Oirschot on Sunday. In total we were allowed to walk together again for 45 kilometers. On Saturday we started with 11 ladies. Esther, Paula and José joined because they had read my blog in the magazine Wandel.nl and were curious about us, pilgrims of the Walk for Homs. I think we can now call ourselves a walking club. Who knows that after Walk for Homs we will continue to walk together to discover the Netherlands.

Not all stages are breathtaking

I must confess that I do not like all stages of the Kloosterpad. The stage from Eindhoven to Vessem is one of them. Leaving Eindhoven and long stretches along the highway, that doesn't make my heart beat faster. At moments like this I'm happy that we walk with a group and can let the kilometers pass by while chatting. Along the way, the benches were nowhere to be seen, so the tree trunk along the cycle path and our visit to Gasterij Dorpsgenot after 16 kilometers were very welcome. The highlight of this stage for me was the village of Zandoerle. I could pack my things and settle here in one of the beautiful farms. 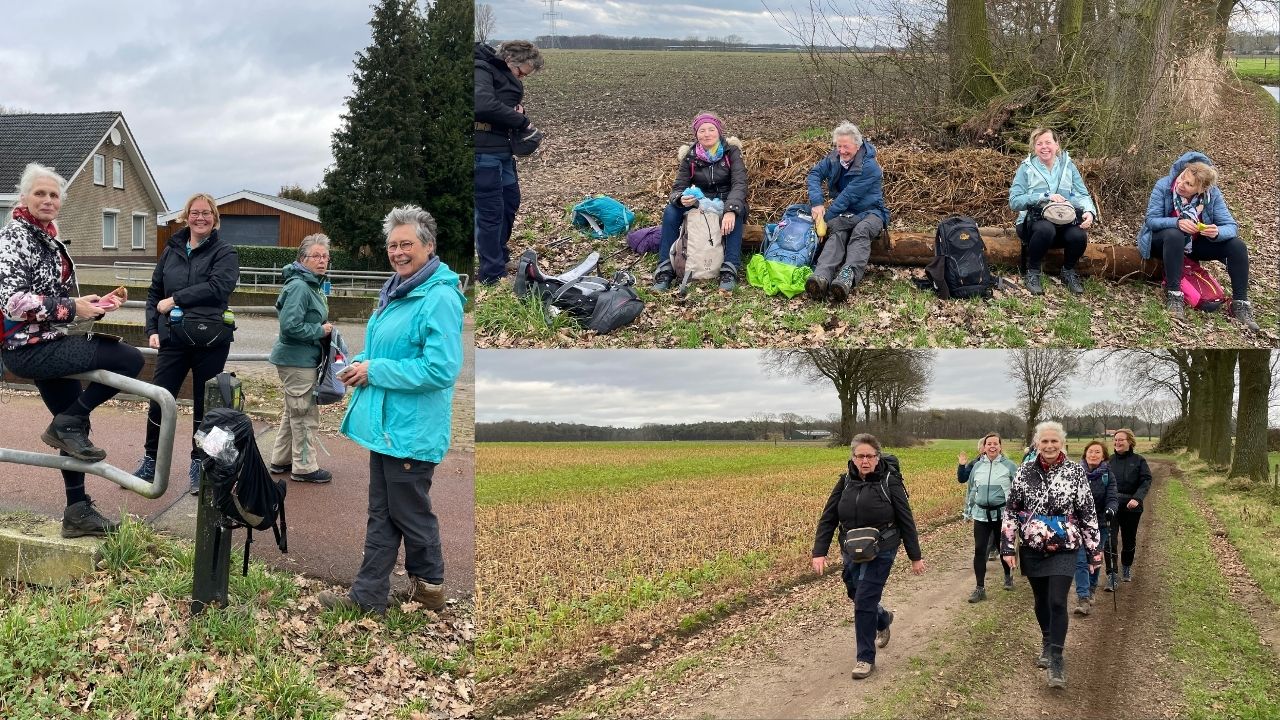 Once I arrived in Vessem, I took in the Pilgrimshoeve Capernaum well, because unfortunately it was not yet possible to spend the night here together. Fortunately, there is a solution for everything. Some of the participants went home, others stayed with Vrienden op de Fiets or in a hotel and I stayed overnight with Bernie and her husband, Paul. It was as if I had ended up in a five-star hotel including a four-course dinner and bath. We also had no shortage of conversation material and kept chatting until the late hours. I look back with great pleasure on my stay with Bernie and Paul. 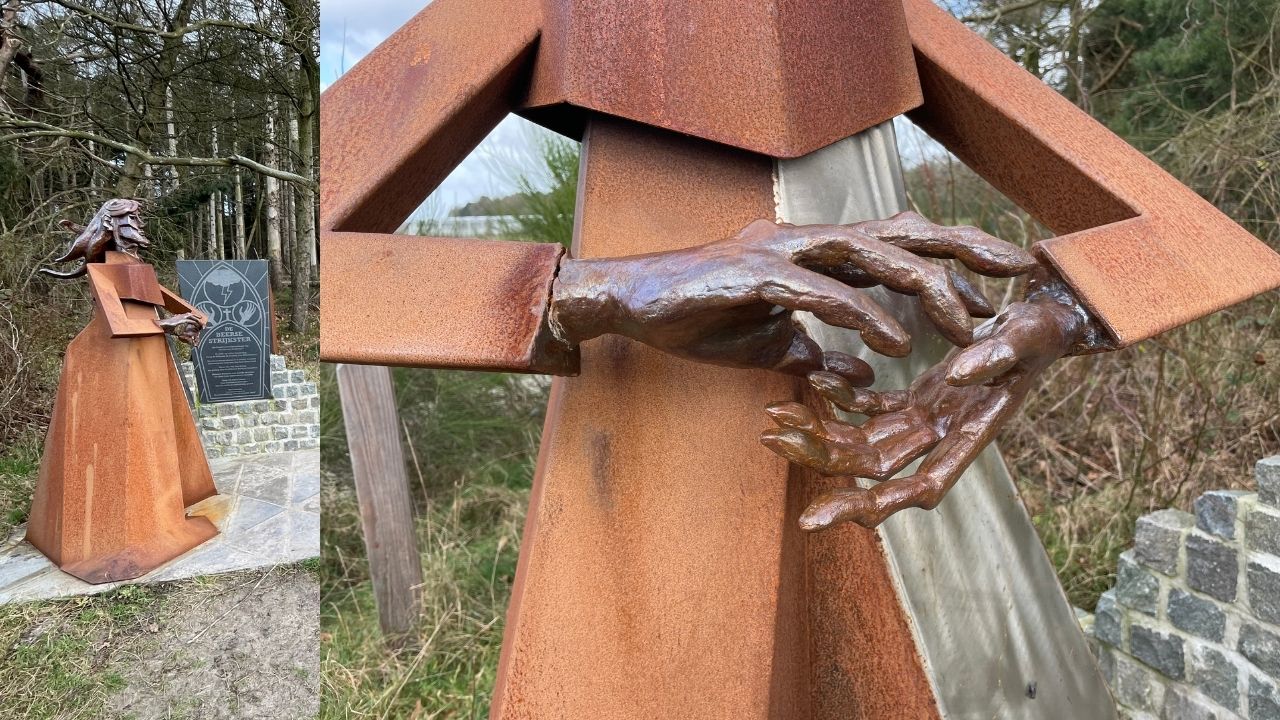 The next morning we walked in a slightly smaller committee from Vessem to Oirschot. A beautiful stage that runs through various nature reserves. We walked straight through the fields, woods, heath and along the water and on the way we ran into “De Beerse Strijkster”.

"De Beerse Strijkster" is perhaps the most special folktale in the village. On April 13, 1865, lightning struck the Oude Kerkje in Middelbeers. One woman was fatally injured, Anna Maria van de Wetering was slightly injured. have received healing powers: by stroking her afflicted left hand, she could make gout, rheumatism and cramps disappear. This gift soon became known far and wide and the sick came from all over to the Kuikseind, where Anna Maria lived. Sunday the church was packed, until after a few years the attention faded.

For several weeks I have been struggling with heel spurs (inflammation of the tendon plate on the feet), so I could not resist testing this folktale for its truth. Never tried is always wrong shall we say. Because I am getting older every day, just like everyone else, it is unfortunately no longer possible for me to put my legs behind my neck. So the test took place by placing my hands instead of my feet in the hands of “De Beerse Strijkster”. I must honestly say that today, a week later, I am still waiting for the complaints to disappear like snow in the sun. I'll give it some more time. Who knows, “De Beerse Strijkster” may be busy. Something I can imagine now that everyone has discovered walking these past two years.

Before departure we had already sung for Rob, Nita's husband, because it was his birthday. He deserved this performance, because he wanted to miss Nita on his birthday. And when it's someone's birthday, you can eat cake, so during our stopover in Middelbeers, Nita enjoyed her apple pie with whipped cream and Eugène and I enjoyed our Red Velvet. Congratulations Rob! 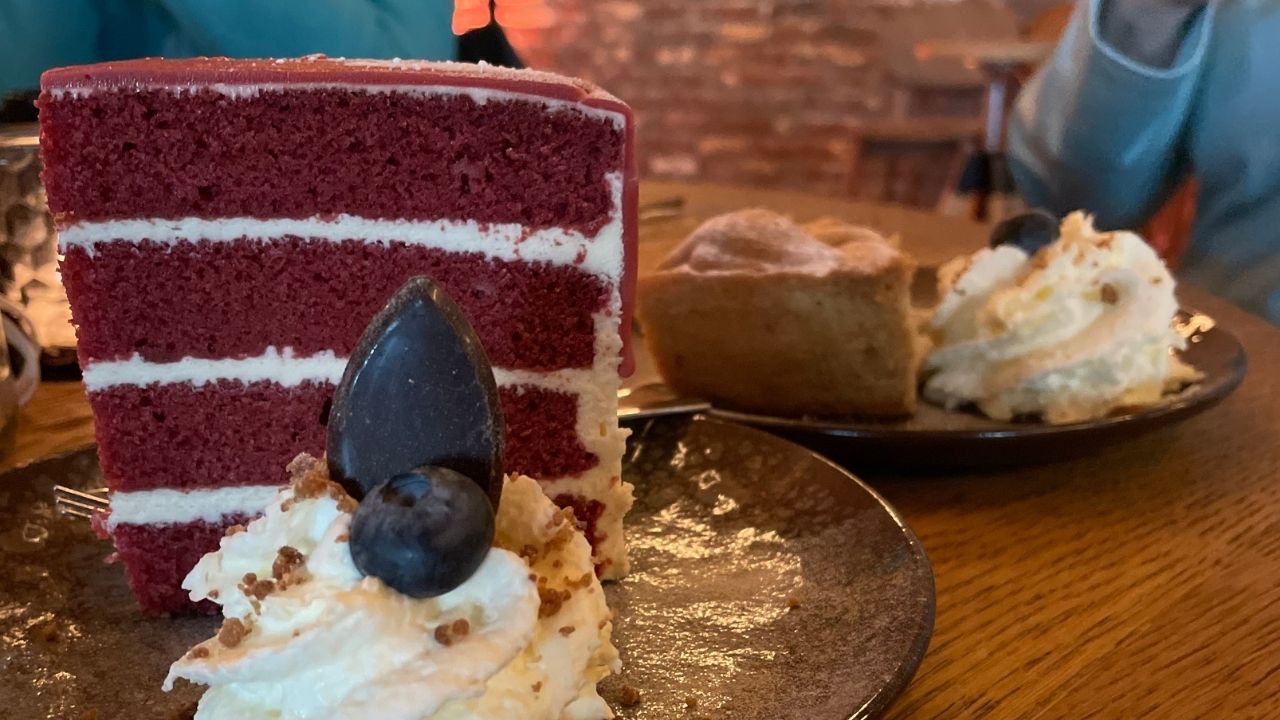 Silence on the way

Where we were chatting a lot on the road yesterday, we now enjoyed the environment more. Only I think this also has to do with the number of kilometers that we had already walked. The group becomes a bit quieter after having covered about 30 to 35 kilometers. Tiredness sets in, thoughts diminish and judgments fall away, as befits a long hike. That promises something for April when we will walk for six days and 156 kilometers in a row. I think we will say nothing more in the last stages and we will all discover our treasure in our inner house. How nice would that be, because one thing is certain, all participants walk through life with questions and challenges. Just like everyone else in this life. 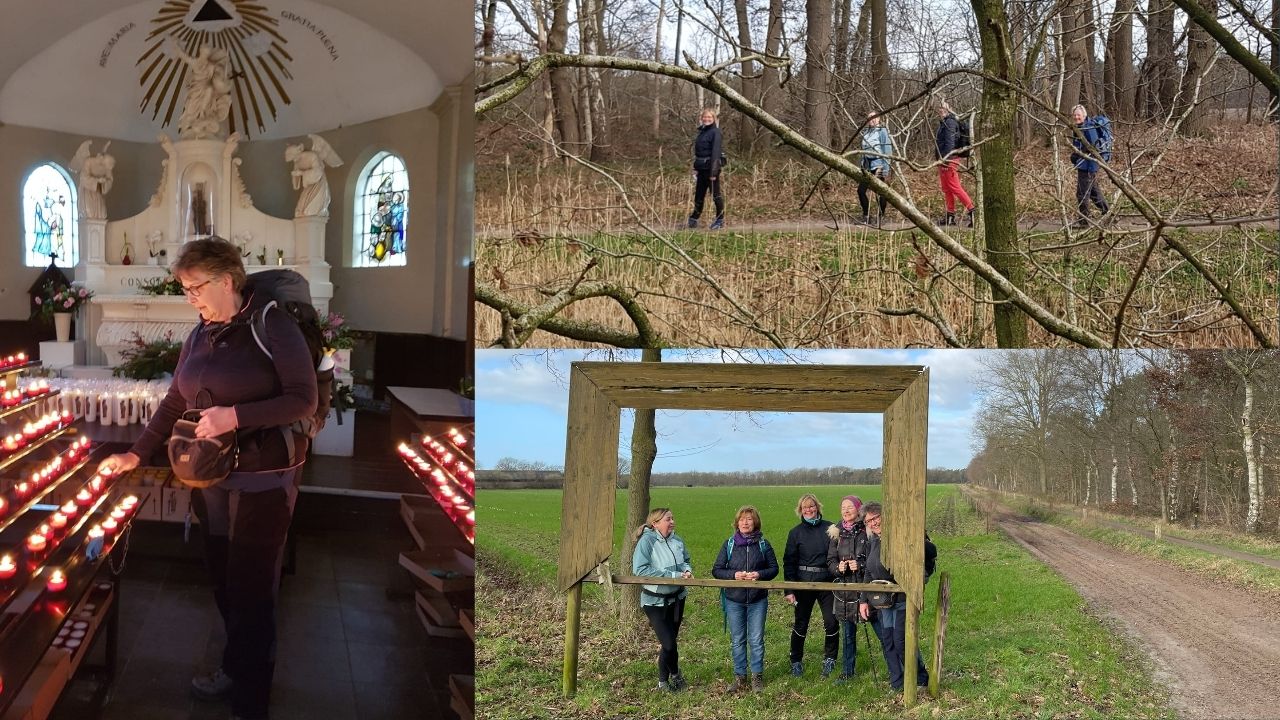