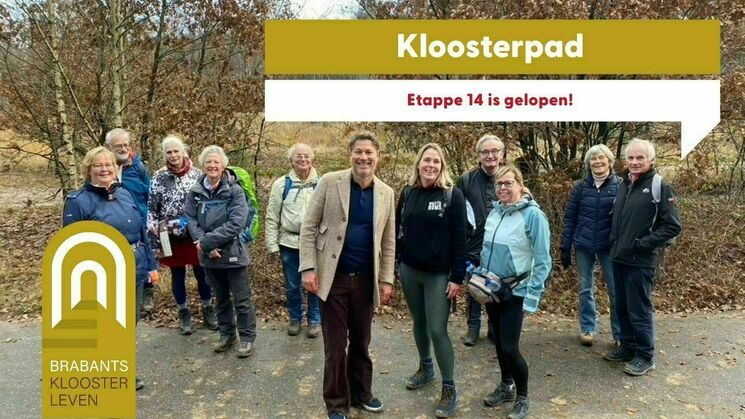 Last Saturday was another day to train together on the Kloosterpad. The weather forecast didn't bode well, but Uncle Frans probably did his best to clear the clouds. The turnout has never been so high. We set out with 11 participants, but not alone. Sander de Kramer accompanied us as a special guest. At 10.15 am everyone, including Joni (camera woman) and Monique (editor-in-chief) of the KRO-NCRV, was ready in the parking lot of Landpark Assisi in Biezenmortel. Only Sander de Kramer was nowhere to be seen. It turned out that a parking lot still existed on the estate. Only I find the term 'fashionably late' more appropriate. Then you at least make an entrance and Sander is the best at that.

The camera's are rolling

For most hikers, walking the planned route is a goal in itself. When I first started mapping out the Walk for Homs pilgrimage route, I used Google Maps and Strava, but I soon discovered the Komoot app. And not much later I walked along the Kloosterpad with the participant Corinne. She had a note in her hand and as curious as I am I asked her what it said. They were the nodes we were going to walk. I remember when I finally understood what those poles with colors on them were. The circle is now complete for me and I understand the avid walker better and better. I now also map out my routes every weekend via nodes that connect the Long Distance Walking Routes (LAW), Streekpaden (SP), Groene Wissels (walks from 5 to 20 km), Trage Tochten (walking routes through nature and farmland) and Klompenpaden. And they aren't even all of them. There are of course many more routes and nothing is more fun than discovering all kinds of hiking routes in the Netherlands. It is therefore only logical that some hikers took a shooting day like this a bit out of their comfort zone. Making television, something I've been able to do for a number of years, is completely different from walking. It requires flexibility, because you want to play the most beautiful picture for the best result. So there we went from the parking lot back to the start and straight on where we actually have to turn right or left and sometimes back again. The backlight was also taken into account, so sometimes we just walked back a bit to get a good look at Sander and all of us. We were certainly not allowed to skip the Drunense Duinen, so even at that moment Sander drove his herd around with great flexibility, while Joni, the camera operator, surrounded us like a Border Collie. Not to keep the herd together, but to get the best walking shots of us. It was also Sander's job to interview some of us under the supervision of the leader of the herd Monique, the editor-in-chief of the couple, in order to keep things on the right track. 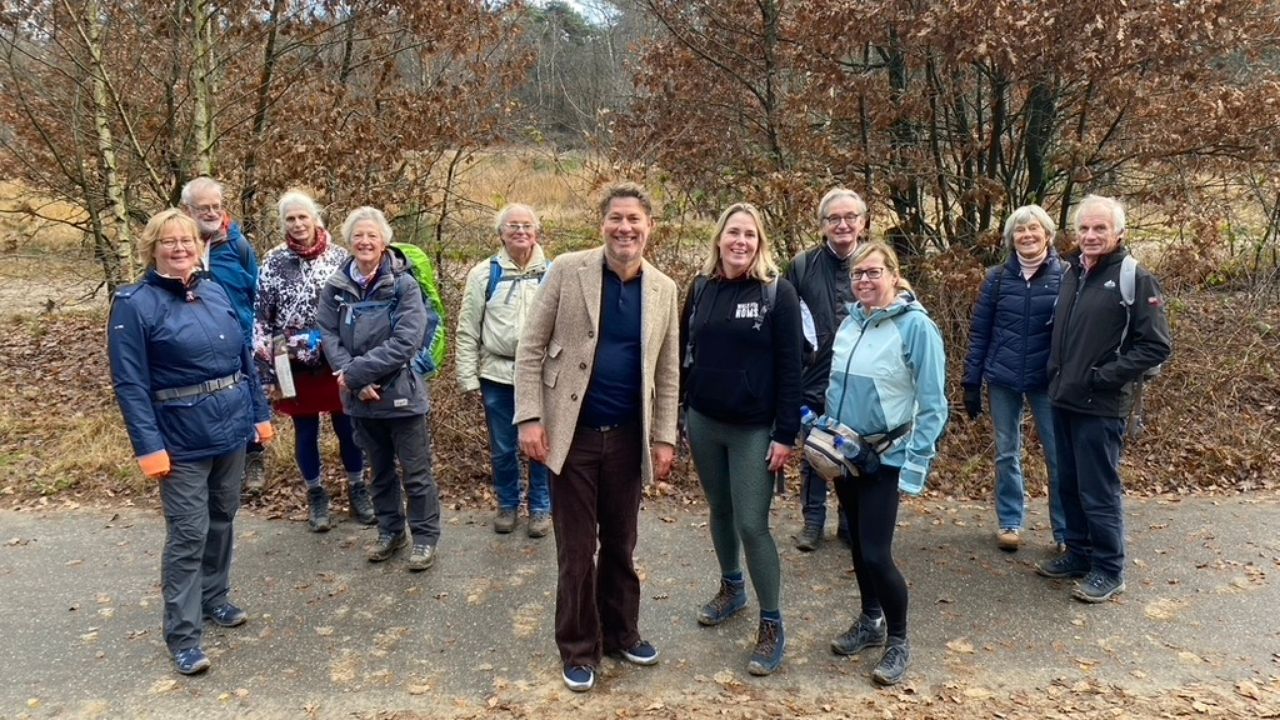 It has become another beautiful video to promote the pilgrimage Walk for Homs. Sander can no longer avoid it, because he is going to walk with us. Super nice and cozy of course. On April 5, 2022 he will start with us in the Obrechtkerk in Amsterdam and on April 10, 2022 he will conclude the pilgrimage with us in St. John's Cathedral in 's-Hertogenbosch.

After everything was done, we said goodbye and continued on the route we would walk in the Drunense Duinen. It was still a long way, but this gave us the opportunity to get to know each other. It is really special to see how everyone listened to each other and also kept an eye on each other. Together we drank a cup of coffee or chocolate milk with whipped cream at the hotel De Kruishoeve and some could not resist the homemade apple pie from the owner. Then we walked our last kilometers to ZIN hotel in Vught.

The next training is on January 15 from Oirschot to Berkel-Enschot, a walk of 24.8 kilometers. Would you like to join us? Then sign up here. If you haven't heard anything a day in advance? Then call me on 0625007958. 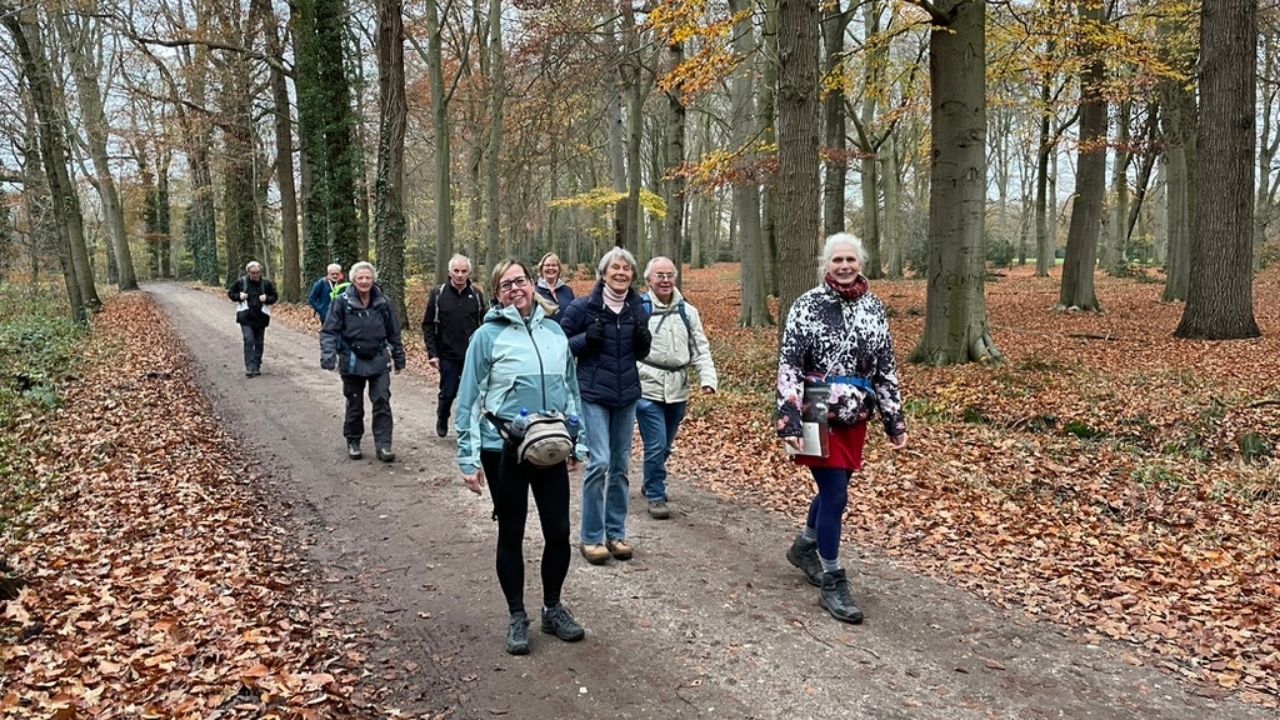