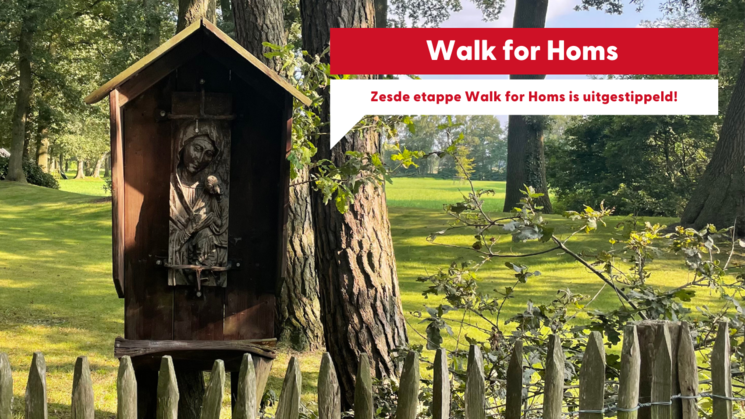 The route of the pilgrimage has been mapped out

Bossche Kwek. I never really knew what it meant until I was planning the sixth stage with my friends from Brabant the region. If you look it up, the sound of birds and the Grand Gala du Kwek will come up in the search results. Let me just say that the sound of birds and especially ducks comes closest. You put a quarter in them and it won't stop talking (Dutch expression). So we arrived in Den Bosch on May 1 talking. Naturally, we were proud of our achievement, but we hardly paid attention to our surroundings. Because I learned from the other stages that nature and silence bring you the closest to your 'self', I studied the map again. Also during this last stage I was able to exchange most of the asphalt roads for green oases of peace and beauty. We will walk a little further than planned, but I think that due to the adrenaline of the last meters we will hardly feel these extra steps. Perhaps we will have to sprint the last part in order not to miss Bishop De Korte's welcome speech, but I think that also has its charm.

Stress, but then an oasis of peace

We start the sixth stage in Oud-Heusden. The first part of the route gives me some stress, because I don't like to walk on a road where many cars drive and there is no decent footpath. And this is one such way. We have to cross the N267 via the Vestingstraat and in the Elshoutseweg. It is wat it is, so we keep walking on the left. Along the cycle path until the greenery welcomes us waving with all its branches, leaves, flowers and blades of grass. And then I promise that we will walk through an oasis of peace and greenery to 's-Hertogenbosch. 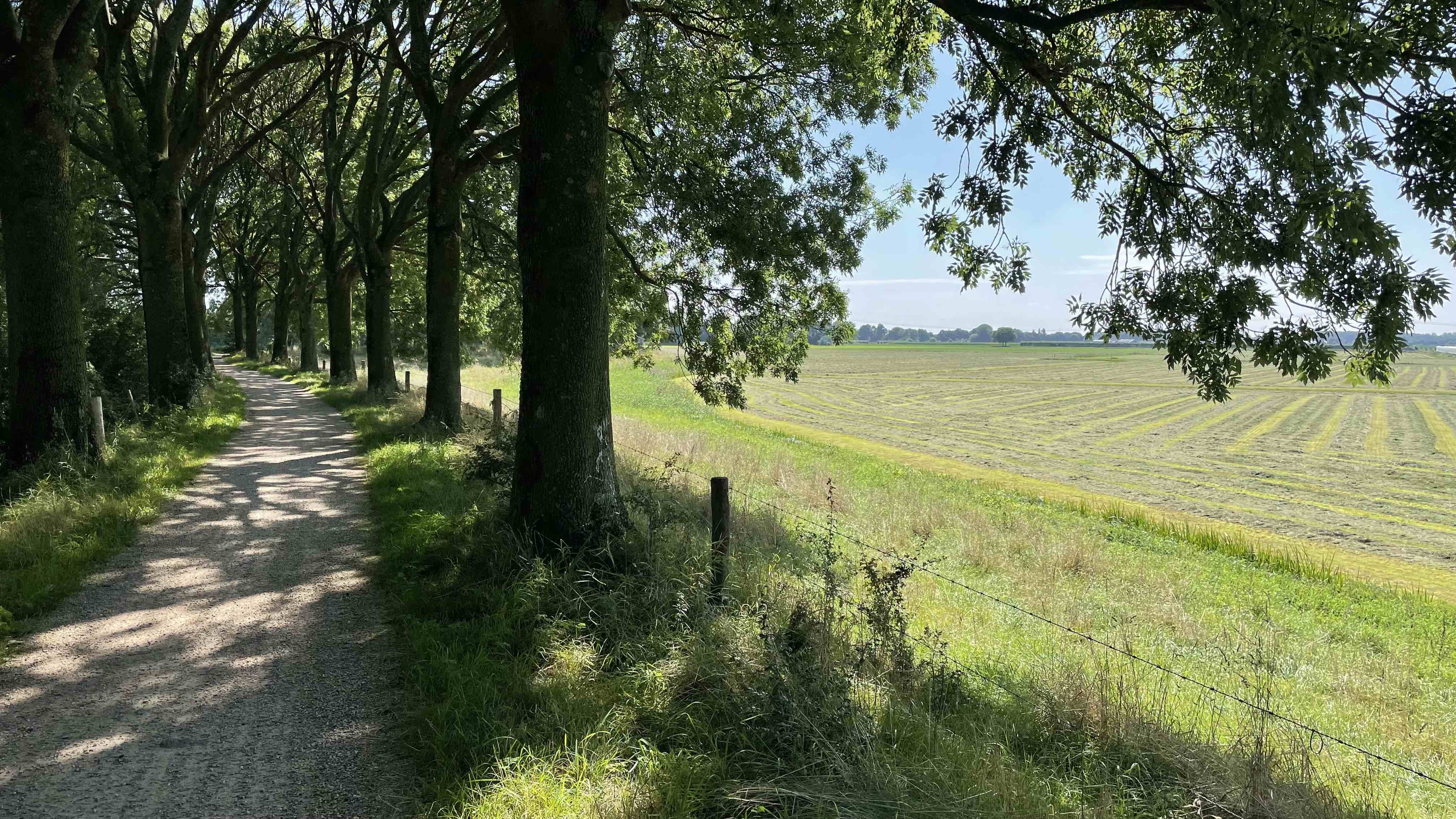 During this stage it is a kind of summary of all the roads that we will face during the other stages of the pilgrimage. Asphalt, gravel, sand, shells, grass, mud, wood, stairs and bridges. Name it and it's there. For weeks I've been walking in great walking shoes from Haglöfs, but these let in everything I come across. Unfortunately I had to say goodbye to my first pair during the planning of the fourth stage due to the wet circumstances. Roderick, my husband, couldn't appreciate the smell of my shoes anymore. So the had to be replcced. Fortunately they were still available, but I will soon be getting advice about waterproof and sandproof footwear. Perhaps not so charming, but so pleasant. 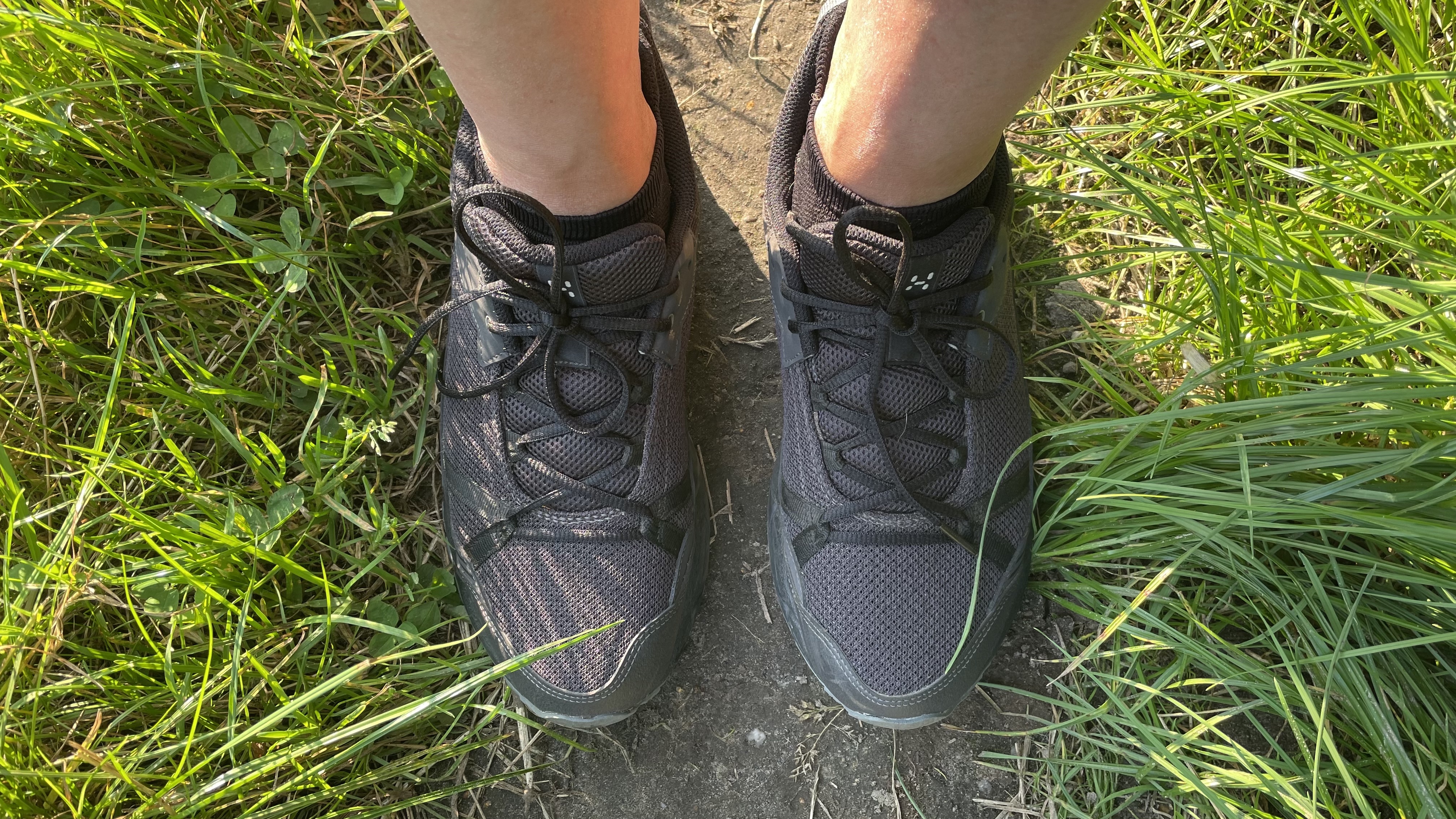 We end up from one amazing nature reserve into the other. It's really beautiful and so varied. But in addition to rain showers, whirlwinds and snow showers, nature also has other inconveniences during walking. Something I hadn't thought about at all and was therefore not prepared for, mosquitoes. Yep, not those little ones. No, everything is big in and around 's-Hertogenbosch. The Bossche bollen (chocolat covering a dough filt with cream), the sausage rolls, the serving boards and the St. John's Cathedral. Everything is big here. Even Guus Meeuwis says it. So of course the mosquitoes are big too. It started just after I passed the Iron Man (lake) and was fascinated by the Lunette Barracks assault course. Which also made my mind wander several times with the people in Syria and Afghanistan. I can't believe that a number of people just don't have the skills to agree with each other through the word. That a number of people can cause such great misery and that so many other people have to leave their home and hearth because of this. After letting some of this thought pass and taking a picture, I saw a large mosquito enjoying himself on my wrist. You can quietly knock this off you, something that is not always the case in different situations. Only a few hundred meters further it was impossible to take a picture of the route. An army of dozens of large mosquitoes quickly found me, like some sort of aircraft carrier in an ocean, if I just stopped for a moment. Not crazy with all that water around me, but I just hadn't thought about it. I decided to change position more quickly and to continue my way as quickly as possible to map the last miles. This incident seemed quite harmless until the bumps appeared. Four nights without too much sleep what I find a bit intense. Not to forget to think about all those people who are now on the run without a home, food, and clothing and still don't sleep a wink. So next time bring lavender oil and just will hit on the road again, because I know very well what I'm doing all this for. I really hope that together we can make a huge difference for the people who still live in Syria and want to rebuild their lives. 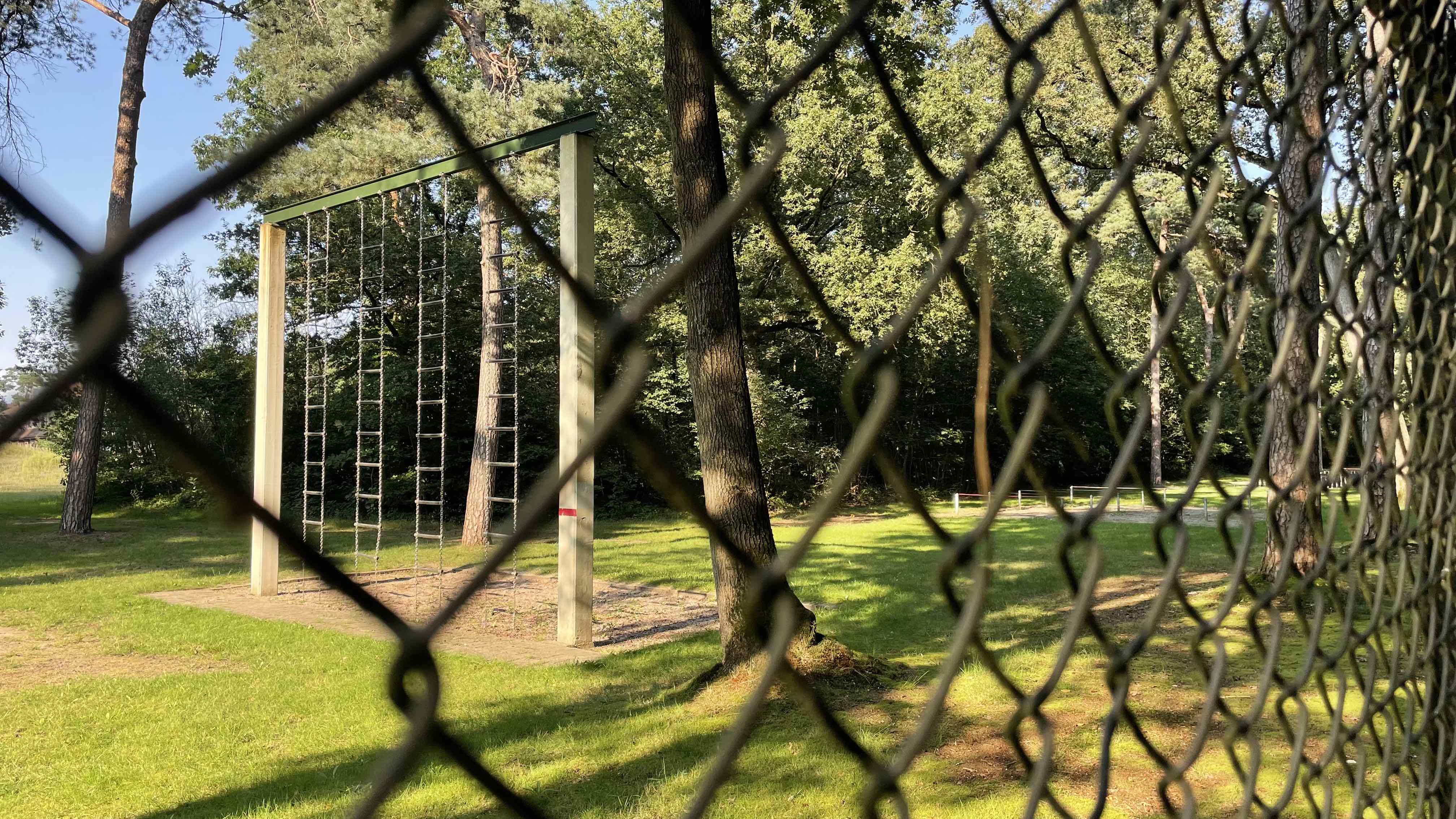 A lot of miles we will walk

I think that after the pilgrimage 'Walk for Homs' I can no longer see the color green until my toes, feet, calves, thighs and buttocks have had enough rest. It will be no less than 156 kilometers, which we will cover through our beautiful country. That are quite a few. Also with me the thaught pops into my head, I'm going to make it through this, but I certainly will. Because together you get everywhere. It's just a matter of training a lot, so be quick to train with me, Corine (participant) and Nita (participant) via the Kloosterpad. I think Bishop de Korte will also really appreciate it if we don't fall asleep from fatigue during the special mass with his beautiful words. 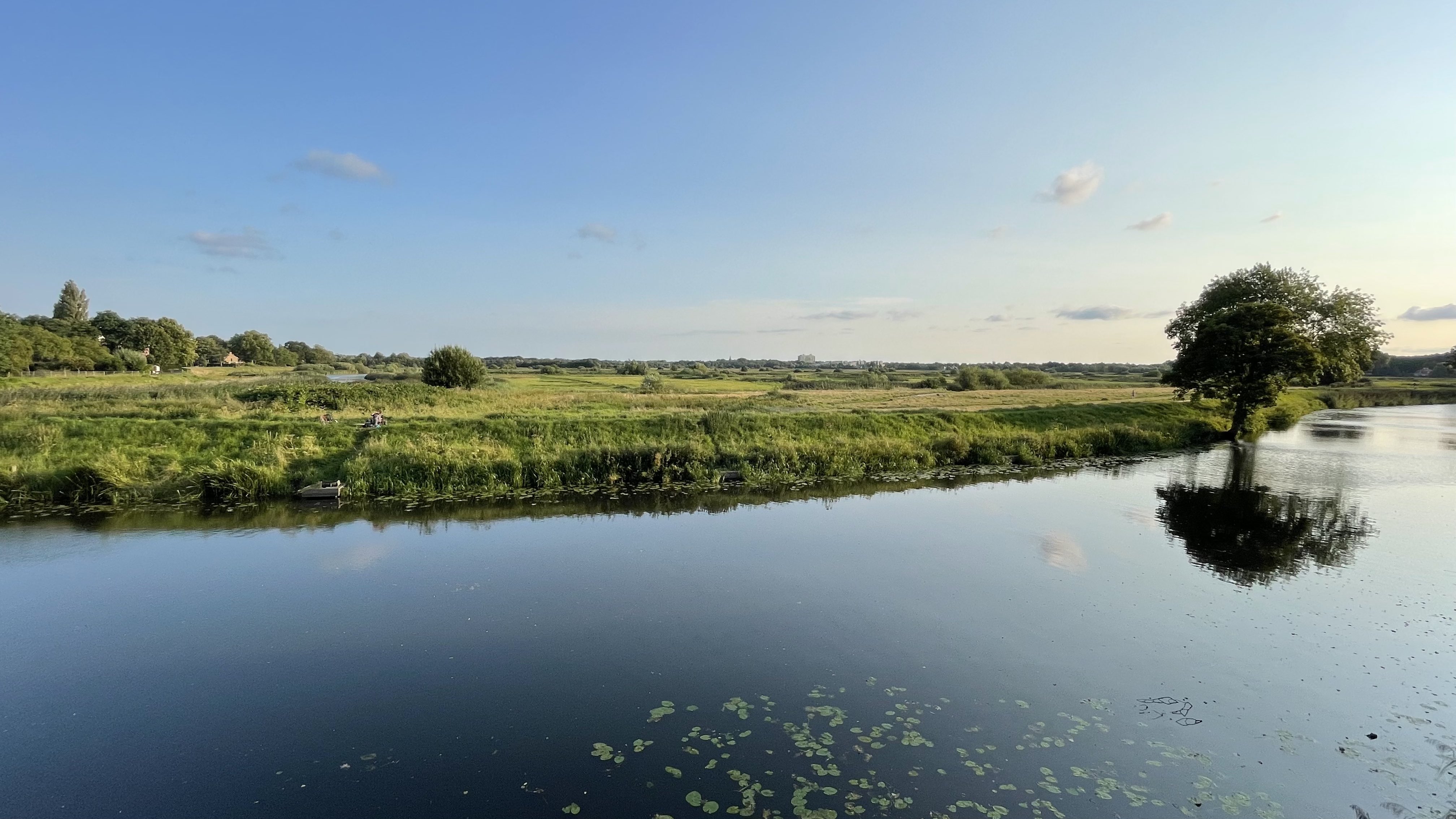